An Ode To Hannah 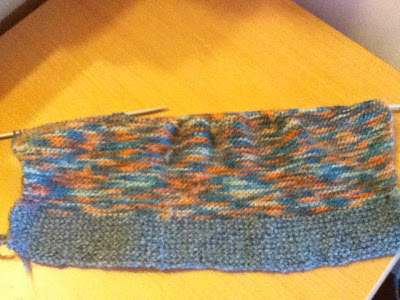 When I was  a young toddler with a new born younger brother, a stranger knocked at the door. She was a tall older lady in her sixties spreading the Good News. My mother was a lonely new immigrant with a newborn son that would not stop screaming, despite her best efforts. A listening ear was just what my mother needed. Mother did not convert to the Gospel this woman talked about as she was a devote Hindu, but it was nice to know someone cared.

Fast forward a few years and others came into mothers life. Neighbors, acquaintances, even her GP all professed to speak of the Good News of a God she did not know. After being invited to see a  visiting Healing Evangelist Mother decided that church was where she needed to be on Sundays...along with the rest of the family. I was seven.

In the meantime the old lady who spread the Good News by knocking on doors moved to another town an hours drive away. Her name was Hannah. Mother was excited to tell the old lady about her new conversion to the same faith she had once shared with her. Our visits became more frequent as we got to know her and we were allowed to call her "Nana". She already had Grandchildren of her own but didn't mind a couple more.

In the August school  holidays of 1989, I spent my first days away from my family with Hannah and her husband Charlie. I was eight years old. They lived in a small two bedroom cottage painted orange. It was high on a hill on an isolated farm with a few beef stock.
Hannah was severely disabled by Rheumatoid Arthritis. Her fingers were bent and her she walked very slowly because her knees hurt so much. In fact, all of joints hurt. She found basic tasks very tricky to do, opening a jar for example. So I volunteered to do things and she patiently taught me. Things I was not allowed to try at home such as bake a chocolate cake and make dinner.  I learned to vacuum properly, wash clothes by hand with a "wash board" and she also taught me to knit. Uncle Charlie took me out on the farm to feed the stock some hay.

Over the next few years I continued to stay with her in the holidays and continued to learn new things. I was mowing their lawns at the age of 9. "Just make sure you don't pull it backwards and get your feet chopped, dear..." Okay...I thought and off I went. I remember chopping wood that same year, and then her teaching me how to get the fire going in their old pot belly fire.

She continued to get more disabled by her arthritis and I continued to help do things for her like help shower her, wash her hair, scrub her back and other tasks that now I think back on and wonder if a 9-12year old should have been doing. Its probably why I became a nurse.

But the most valuable thing Hannah my 'Nana' taught me was about Jesus. She loved to share about the bible and I was a willing sponge. I loved all that came out of her mouth. She constantly verbalised verses about God healing her arthritis. And I agreed with her prayers believing for her miracle.

In the year of 1993 her husband Charlie died of a heart attack. He was younger than her and so it was  quite a surprise that out of the two of them he died first. She managed to stay in her home with carers for a while, but it soon became inevitable that she needed to move in with her daughter living further away from us. And so my farm holidays ended. I saw her infrequently over the years, and was saddened to learn that she had passed away and I hadn't been made aware, missing her funeral.

A couple of days a go I restarted knitting. As an eight year old I was pretty bad at it, never really making anything. While I have been knitting, I have been  reflecting on Hannah and how she randomly came in to my life, but helped set my life on a completely different course. I thank her for teaching me all those life skills, setting me up to be a good nurse and most importantly teaching me to know Jesus. I have no doubt that Jesus has given Hannah some new knees and she is dancing in Heaven right now.

An Ode to Hannah my adopted Nana.
Posted by jacksta at 3:41 PM

What a beautiful story :-) Makes me realise how important it is to be a 'Hannah' to others :-)

Awww I love this! Sounds like the plot of a francine rivers novel!
You should write this as a book I reckon. How incredibly special to have her in your life.
Xx

So heartwarming...what a wonderful impact she had on your life...God does send us angels I am sure xx

how sweet. you only usually hear of doors being shut on those that preach the gospel to your front door. she sounds like a beautiful lady

What an amazing lady - she really touched your life. Beautiful words for a beautiful story.

My blog a nut shell

Family, Food, Faith, Friendship, and the Funnier side of life